Choosing the Next Government of Alberta 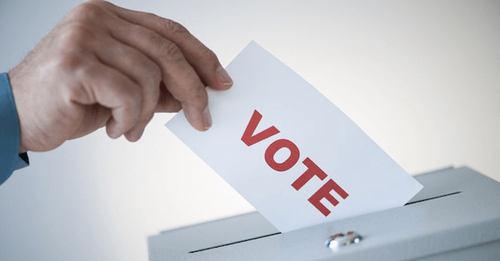 In Alberta we have an election at full throttle featuring a choice between a Socialist premier and a Capitalistic challenger. There are many people committed to either belief and it is important that they understand the choice.

Capitalism is, to paraphrase Churchill, the worst way to organize our economic life except for all the others. The practice of Capitalism which features the private ownership of land and the means of production, plus the free exchange of commodities in an open market, has brought tremendous wealth to the western democratic countries. No other system historically has created so much wealth for the middle class. So, if this is the case, why is there a recurrent movement to bring back a Socialist model? Witness the rise in popularity of Bernie Sanders and Alexandria Ocasio-Cortez in the United States.

Socialism in its true form features public ownership of land and the means of production, with a rather limited degree of free exchange of commodities. The State owns all, directs the production of needed goods, and distributes them to the citizens. In the words of Karl Marx, "from each according to his ability, to each according to his needs." Marx himself saw Socialism as a transient stage on the path to Communism.

Soft Socialism, currently practiced in some form within most western democracies, is a hybrid where the Capitalistic model of ownership and production is allowed but heavily taxed to pay for a generous level of social services. It appears to work well and most citizens are reasonably satisfied with the model, but the question that must be asked is whether it is sustainable in the long-term. Cracks are already showing in the soft Socialist model including increasing government debt, health care wait times, and demands for more services such as subsidized daycare.

The idea of Socialism appeals to our better nature as Canadians. We view our society as kind, generous, honest and sharing. We as a people are attracted to the idea of helping those in evident need of assistance. As a wealthy province, and country, are we not able to afford the cost of giving all citizens a reasonable standard of living? Ah, but what is a reasonable standard of living and how much would it cost? For the true Socialist affordability is not an issue. It is simply a matter or redistribution from those who have excess wealth to those who have insufficient. All citizens should have equal access to the basics of life including housing, food and health care. Inequality is considered unacceptable. Perhaps you have heard the slogan: "wealth should not determine health." But with increasing demands for government to pay for, or subsidize, housing, food, health care including full drug costs, and other services, what proponents are really demanding is that someone else pay for the things they need (or want), in this generation (increased taxes) or the next (debt).

Unfortunately, soft Socialism is a journey not a destination. And the fundamental reason that it has never worked for more than a short time in the past is its incompatibility with human nature. A true Socialist society would require that all citizens are willing to work long and hard for the benefit of others, that the proportion of unproductive members is small, and that the hierarchical structure is a flattened triangle. History shows that ultimately none of these three elements survives for long. Instead, over time the productivity of society declines, the number of unproductive members increases steadily, and the hierarchical structure becomes steeper. Gradually poverty increases except for the few at the top of the hierarchy, and then the State sinks into a Totalitarian form of government necessary to force people to work, suppress dissent or deal with outright revolt by citizens frustrated and unhappy with their standard of living.

The progressive Liberal and Socialist parties in Canada have allied themselves with the green movement suggesting that they will help save the planet and local ecosystems from the ravages of uncontrolled resource extraction plus such things as motorized recreation vehicles. Of course that is a concern. The previous Progressive Conservative government in Alberta was sadly remiss in protecting ecosystems and creating a proper balance between resource extraction, business, rural interests and the environment. And I know this having experienced it first hand while running an environmental organization. Nevertheless, history shows clearly that financial security and increasing wealth result in more concern for the environment, while if the economy fails the environment takes a back seat to almost anything irrespective of the government in power.

This is the challenge for voters in Alberta. Should we continue with a Socialist government or should we recognize the ultimate destination of the Socialist model and switch to a more financially responsible government that understands the limits to what government can do for people, that taxes cannot be increased indefinitely, and that passing our financial problems on to the next generation is unacceptable. The people will decide.